How to Visit Halong Bay from Hanoi, Vietnam

In this article you’ll read how to visit Halong Bay from Hanoi and whether it’s better to visit it independently or with a tour.

“So, what’s your favourite place in Vietnam?” we asked many locals that we met while travelling in Vietnam.
“Halong Bay! You must visit Halong Bay!” the majority replied.
“Why so?”
“Because you won’t see anything like it anywhere in the world,” they answered, defending their choice.

To be honest, we weren’t crazy about the idea of traveling to Halong Bay. We imagined that the place would be full of cruise boats, party animals and overrated sights that are way different in real-life than they seem in glamorous online pictures.

Well, like in a few other cases, we had learned that reality is a very subjective matter when it comes to travel impressions, (read why Philippines are not only about Boracay, and not all Thai hill tribes are the same) we decided to give it a go and visit Halong Bay for one reason: the stunning natural sights.

Why travel to Halong Bay?

The landscape is just extraordinary. No matter the weather, the limestone karsts will create a baffling realm of natural beauty. Talking about mystery, there are a couple of legends about how Halong Bay was created; the most common one says that dragons were sent there by gods to protect Vietnam from invaders.

While defending the country, the dragons started to spit jades and jewels to the sea and they turned into the islets and islands afterwards. This way they created a protecting wall against the enemies who eventually hit the rocks and never conquered the land. Hence the name of the bay comes from: in Vietnamese Ha Long means “descending dragon.”

The more pragmatic explanation says the term “Halong Bay,” appeared after French sailors encountered sea snakes in the area and reported it as Asian dragons to the media in France in 1898.

However that may be, the truth is the limestone formations of Halong Bay are gorgeous and will definitely evoke many curious questions about their origin.

The impact of tourism in Halong Bay

The impact of numerous ships on the environment of Halong Bay has recently been discussed quite often. The waters of this UNESCO World Heritage Site are not as clean as they used to be due to increasing amounts of tourism there.

Good news is that the Vietnamese government has already set stricter waste regulations for cruise companies, and many volunteers from national NGOs have done a great job cleaning the beaches and islets from plastic.

If you’re sceptical about the place as we were, don’t be. Despite the fact that it’s a top attraction in Vietnam with lots of visitors, there is a way to visit Halong Bay without being frustrated about the things we’ve mentioned above.

Visit Halong Bay without being frustrated

1. Visit Halong Bay in the low season
Travel there from June to September. You might get some storms during that time period, so check the weather forecast for your trip in advance so you don’t spend all day in a cabin watching the misty bay from behind the window.

To see Halong Bay in it’s full grace and beauty on sunny days, visit it from March to June (avoid April 30th and May 1st since they are public holidays when it’ll be full of local tourists.)

2. Stay overnight
Instead of taking a half-day cruise, pick at least two days/one night trip to Halong Bay, which will allow you to explore more places of the area.

Check more activities and tours to do in Halong Bay.

3. Filter
If you expect to venture through Halong Bay on your own, then you should have planned your trip here 30 years ago. Everybody who travels to Vietnam wants to see its unique natural miracles, but you’ll need to get ready to share your excitement with others. I suggest focusing more on the nature around you, rather than counting the cruise ships that you’ll pass during the trip. Just filter what you see, especially upon your arrival to Halong Bay town.

How to visit Halong Bay from Hanoi

The easiest, most convenient and probably the cheapest way to visit Halong Bay from Hanoi is by joining an official tour. Well, we aren’t big fans of group tours ourselves, but if you’re thinking to do it independently, think twice because in this case: a.) you won’t save any big chunk of money if at all, b.) you’ll end up on a cruise full of tourists that have booked their trip with a tour agency anyway, and c.) you’ll waste your time by looking for the best tour in Halong Bay town, waiting for a ferry, a bus, a taxi which would be frustrating, especially if you have only a day for this trip.

Moreover, half-day tours organised by travel agents in Halong Bay town are often overpriced, the fee doesn’t include entrance to the National Park, food, and most probably your guide won’t be able to communicate in English. That’s why it’s better to arrange your trip already in Hanoi so you won’t leave Halong Bay disappointed and… ripped off.

When in Hanoi, you’ll find hundreds of tour operators selling trips to the famous bay. Do your research, ask what is in the package and what’s not.

We opted for a 2D/1N trip with Go Asia Travel based in Hanoi because of their trustworthy reputation, and the fact that they do their best to run more sustainable tours while supporting local communities. The price for the package including transfer from and to Hanoi was $155 USD.

Your arrival to the Halong Bay town and main pier where you’ll need to embark your cruise ship might be slightly intimidating. No matter if you decide to take a day trip or an overnight one, you’ll still wait with hundreds of people on the shore.

Fear not, if you visit Halong Bay in the low season and will stay in the bay overnight, you’ll be able to relax once all boats of half-day cruises will get back to the harbour.

What to expect from an overnight trip to Halong Bay?

* A cruise to Halong Bay where you’ll spend a night. We were fortunate to visit more remote Lan Ha bay last April. Sadly, this route is no more available.

* A visit to a local fisherman community where you’ll learn about their way of living.
There are around 1,600 locals living in so-called fishing villages, which are basically groups of floating houses and crab farms built on the water. Some of fishermen were born here and have never touched land; you can hear more of their curious stories and taste some of their hand made rice wine in their floating “living rooms.”

* Kayaking among limestone karsts
We got some pretty overcast weather on our trip in Halong Bay, but the scenery was nevertheless spectacular, except for counting a few plastic bottles when we approached the area where more boats arrive.

* A visit of Hang Quân Y aka Hospital Cave on the Cat Ba Island
Thanks to its location, Halong Bay and the numerous caves surrounding it served as a refuge and a hospital for soldiers during the Vietnam War. Hospital Cave on the Cat Ba island is a bit quirky, yet a very impressive place. You’ll be guided by a professional tour guide through various caves, and tunnels, and learn about a bomb-proof hospital and a secret safe-house for top leaders, who apart from hiding from their enemies, also entertained themselves in an underground cinema and a small swimming pool.

Check more activities and tours to do in Halong Bay.

* Your private cabin with a hot shower and toilette
Depending on your budget, you can pick different types of rooms and enjoy the trip to Halong Bay in a cosy cabin designed with typical Vietnamese ornaments and materials.

* Local cuisine on board
All dishes provided on-board are freshly cooked, using local ingredients and recipes. One (soft) drink per meal is included in the price. All extra drinks, beers and fruit shakes you pay additionally.

The landscape of Halong Bay has been forming for about 500 million years. The area is huuuuge, and covers more than 1.500 square kilometres with approximately 2,000 islets. That said, on your one or two day trip to the bay you’ll explore only tiny scratch of it.

And yet, a cruise can give you that very exclusive feeling of experiencing a realm of existence where legends were born, and letting you witness the power of Mother Nature. She knows indeed how to impress us tiny human beings.

Disclosure: Our trip to Halong Bay was organised with the big help of Go Asia Travel Company (in particular Martin Nguyen). All opinions, misty views and impressions are our own. 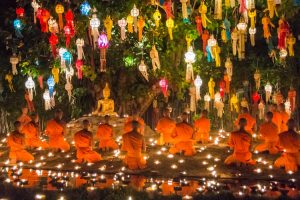 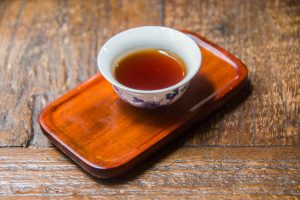 Read More »
PrevPreviousAmazing Things to Do in Taipei, Taiwan
NextThings to Do and Best Hotels in Hue, VietnamNext

12 thoughts on “How to Visit Halong Bay from Hanoi, Vietnam”

2020 © All rights reserved - Nomad Is Beautiful