Here’s a list of 100 best motivational quotes that will cheer you up and push you forward on the exciting, yet sometimes bumpy road to achieve your big dreams and goals in life. 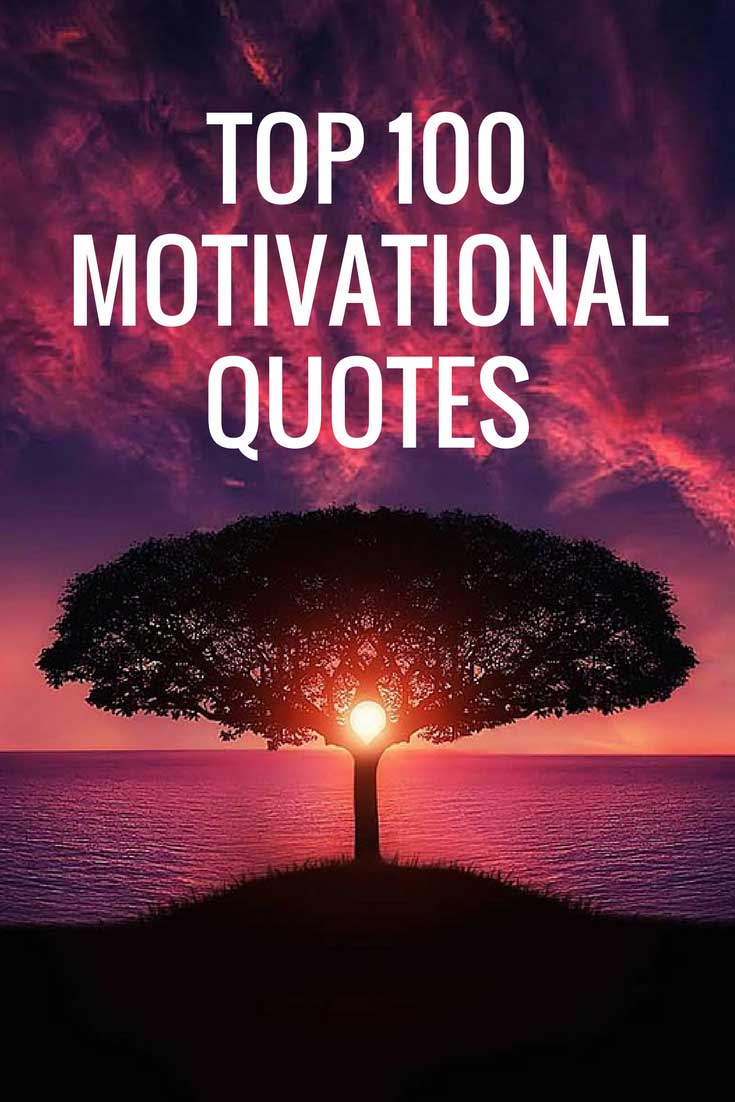 2 – “The way to get started is to quit talking and begin doing.” – Walt Disney

4 – “People who are crazy enough to think they can change the world, are the ones who do.” – Rob Siltanen

5 – “We may encounter many defeats but we must not be defeated.” – Maya Angelou

7 – “The only limit to our realization of tomorrow will be our doubts of today.” – Franklin D. Roosevelt

8 – “Do what you can with all you have, wherever you are.” – Theodore Roosevelt

11 – “The only way to do great work is to love what you do. If you haven’t found it yet, keep looking. Don’t settle.” – Steve Jobs

15 – “The real opportunity for success lies within the person and not in the job.” – Zig Ziglar 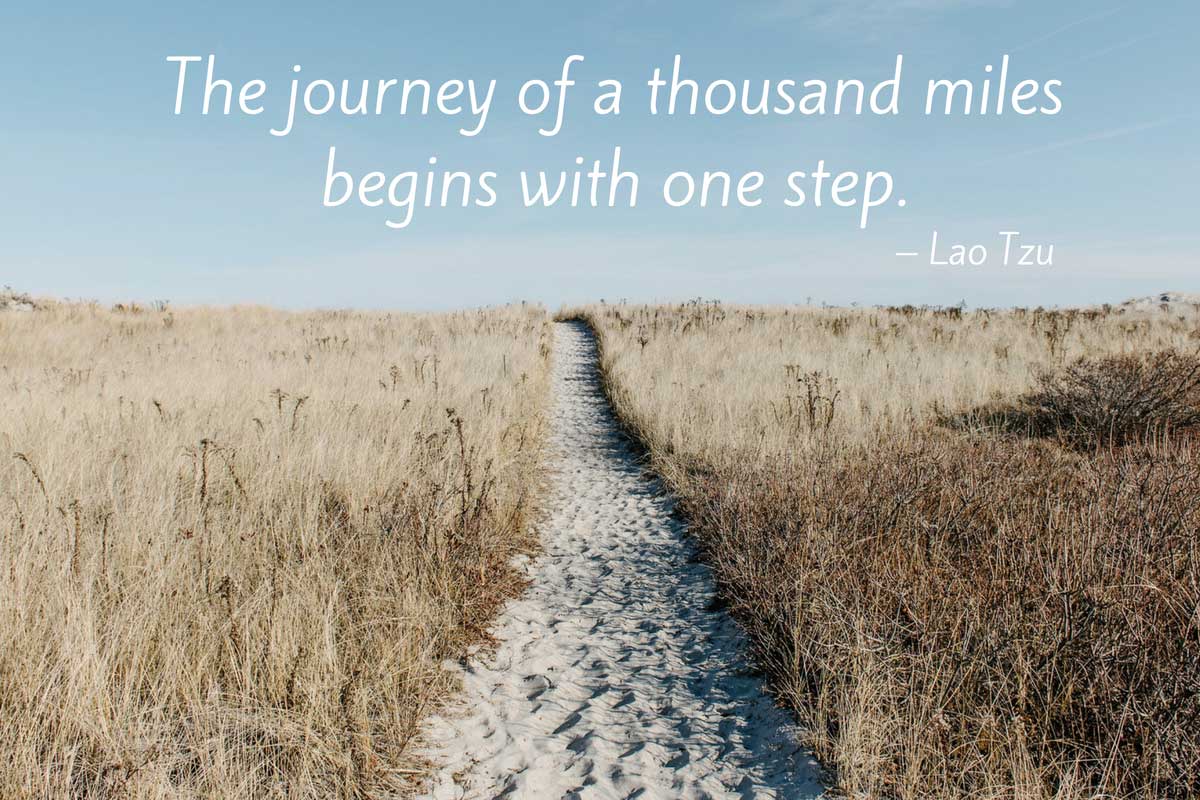 17 – “The great thing in this world is not so much where you stand, as in what direction you are moving.” – Oliver Wendell Holmes

18 – “Live each day as if your life had just begun.” – Johann Wolfgang Von Goethe

21 – “Don’t worry about failures, worry about the chances you miss when you don’t even try.” – Jack Canfield

24 – “The only way of finding the limits of the possible is by going beyond them into the impossible.” – Arthur C. Clarke

25 – “Do not go where the path may lead, go instead where there is no path and leave a trail.” – Ralph Waldo Emerson

26 – “Many of life’s failures are experienced by people who did not realize how close they were to success when they gave up.” – Thomas Edison

27 – “The journey of a thousand miles begins with one step.” – Lao Tzu

28 – “Every noble work is at first impossible.” – Thomas Carlyle

31 – “Challenges are what make life interesting and overcoming them is what makes life meaningful.” – Joshua J. Marine

32 – “Eighty percent of success is showing up.” – Woody Allen

35 – “If you spend too much time thinking about a thing, you’ll never get it done.” – Bruce Lee

37 – “Twenty years from now you will be more disappointed by the things that you didn’t do than by the ones you did do. So throw off the bowlines. Sail away from the safe harbor. Catch the trade winds in your sails. Explore. Dream. Discover.” – Mark Twain

38 – “The future belongs to those who believe in the beauty of their dreams.” – Eleanor Roosevelt

39 – “However difficult life may seem, there is always something you can do and succeed at.” – Stephen Hawking

40 – “Life is like riding a bicycle. To keep your balance, you must keep moving.” – Albert Einstein 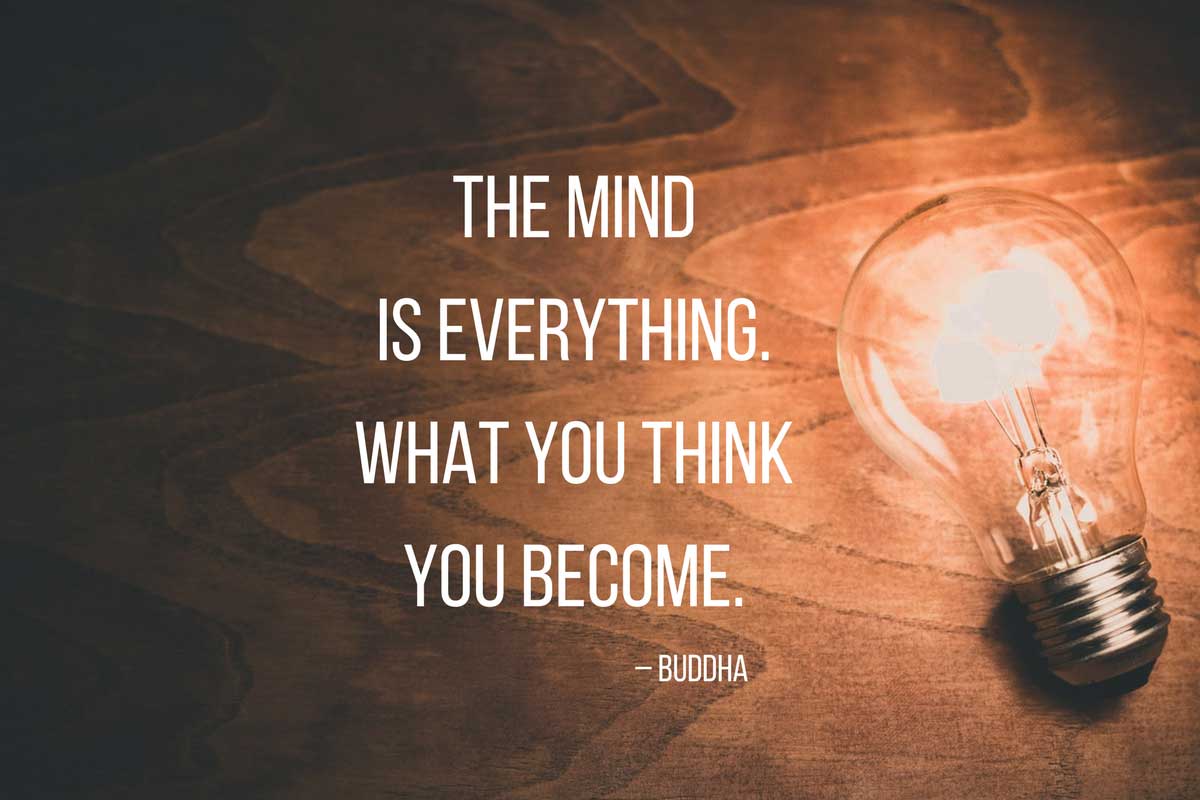 Read more articles on the blog

41 – “Be who you are and say what you feel because those who mind, don’t matter, and those who matter, don’t mind.” – Bernard Baruch

43 – “What lies behind you and what lies in front of you, pales in comparison to what lies inside of you.” – Ralph Waldo Emerson

44 – “Go confidently in the direction of your dreams! Live the life you’ve imagined.” – Henry David Thoreau

47 – “Never let the fear of striking out keep you from playing the game.” – Babe Ruth

49 – “The woman who follows the crowd will usually go no further than the crowd. The woman who walks alone is likely to find herself in places no one has been before.” – Albert Einstein

50 – “I alone cannot change the world, but I can cast a stone across the water to create many ripples.” – Mother Teresa 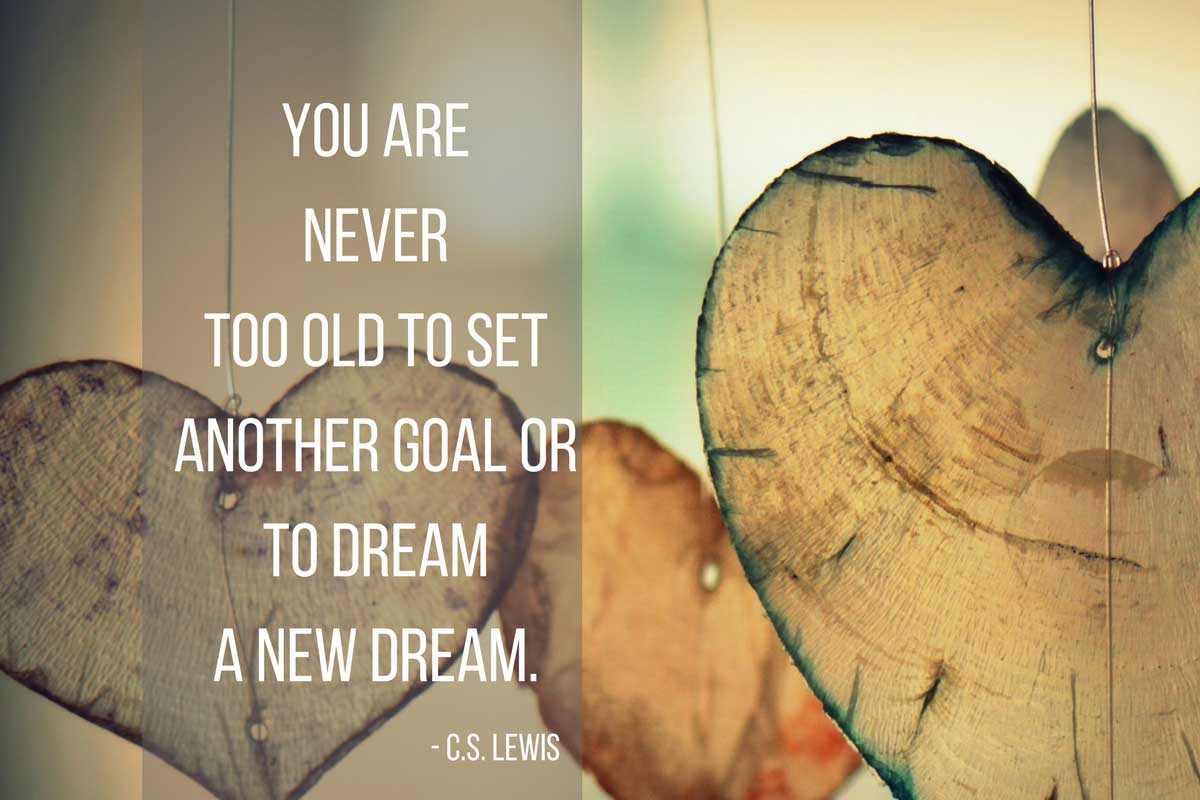 51 – “The only impossible journey is the one you never begin.” – Anthony Robbins

52 – “Keep your eyes on the stars and your feet on the ground.” – Theodore Roosevelt

53 – “Doing is a quantum leap from imagining.” – Barbara Sher

55 – “If you don’t like something change it; if you can’t change it, change the way you think about it.” – Mary Engelbreit

56 – “The greatest discovery of any generation is that a human being can alter his life by altering his attitude.” – William James

57 – “All our dreams can come true if we have the courage to pursue them.” – Walt Disney

58 – “I am thankful to all who said no to me. It is because of them that I’m doing it myself.” – Albert Einstein

59 – “In the midst of winter, I found there was within me an invincible summer.” – Albert Camus

61 – “When you arise in the morning think of what a precious privilege it is to be alive, to breathe, to think, to enjoy, to love.” – Marcus Aurelius

62 – “You’re only here for a short visit. Don’t hurry, don’t worry. And be sure to smell the flowers along the way.” – Walter Hagen

63 – “In the middle of a difficulty lies opportunity.” – Albert Einstein

65 – “Defeat is simply a signal to press onward.” – Helen Keller

67 – “Discouragement and failure are two of the surest stepping stones to success.” – Dale Carnegie 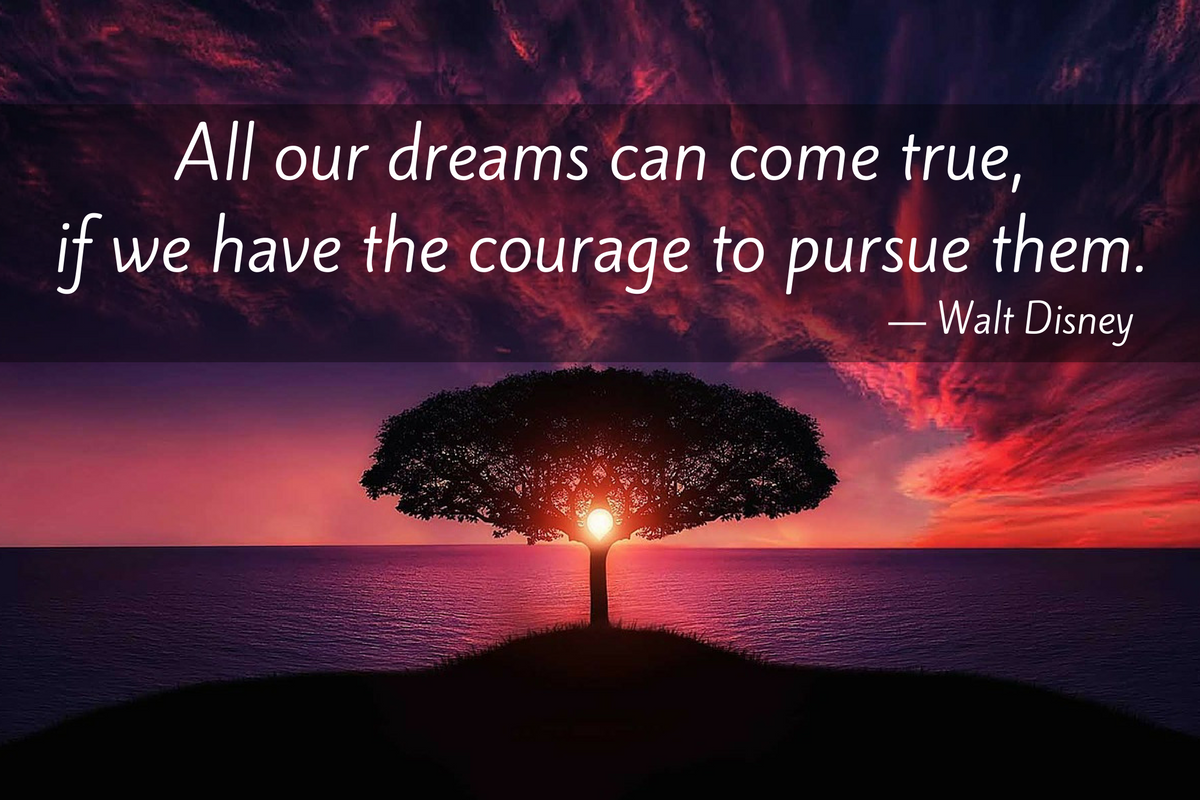 69 – “Keep smiling, because life is a beautiful thing and there’s so much to smile about.” – Marilyn Monroe

70 – “Rise above the storm, and you will find the sunshine.” – Mario Fernandez

71 – “Failure is the condiment that gives success its flavor.” – Truman Capote

72 – “If there’s a single lesson that life teaches us, it’s that wishing doesn’t make it so.” – Lev Grossman

74 – “In every success story, you will find someone who has made a courageous decision.” – Peter F. Drucker

75 – “Instead of worrying about what you cannot control, shift your energy to what you can create.” – Roy T. Bennett

76 – “Love yourself first and everything else falls into line. You really have to love yourself to get anything done in this world.” – Lucille Ball

78 – “It is better to fail in originality than to succeed in imitation.” – Herman Melville

79 – “If you spend too much time thinking about a thing, you’ll never get it done.” – Bruce Lee 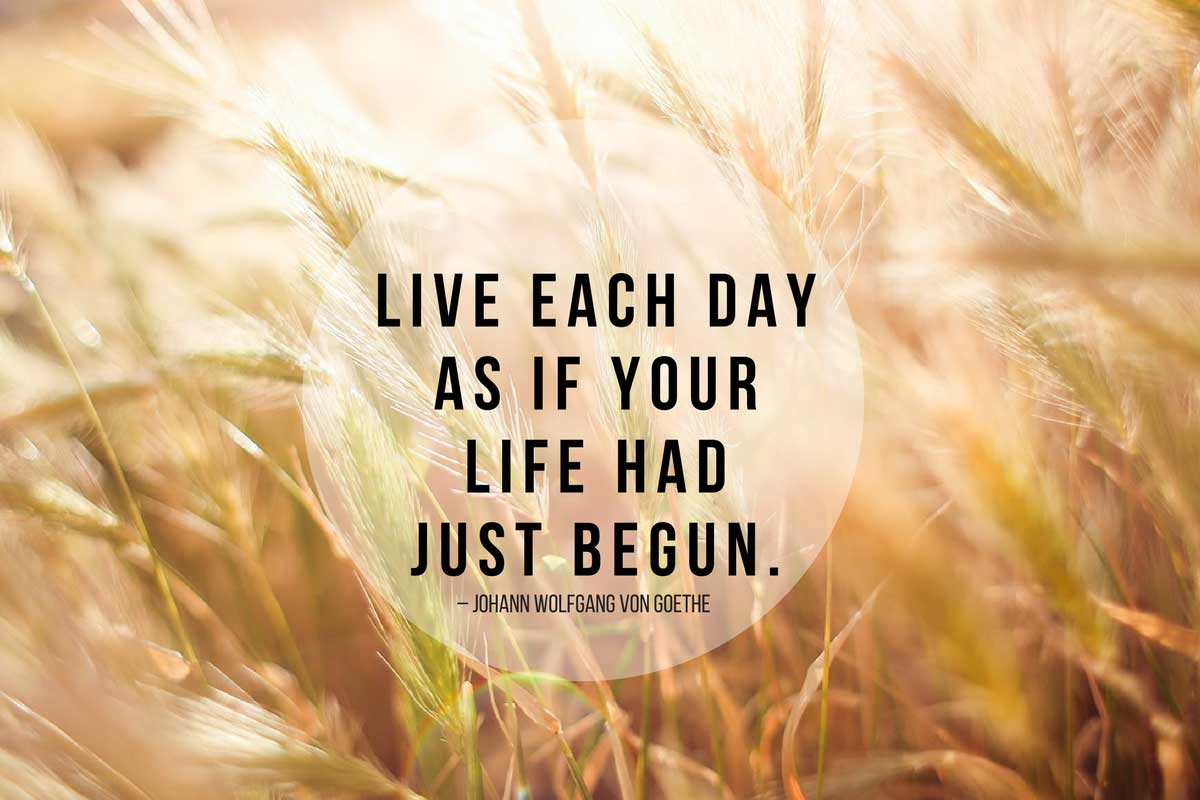 Read more articles on the blog

81 – “If you’re not making mistakes, then you’re not doing anything. I’m positive that a doer makes mistakes.” – John Wooden

82 – “The successful person makes a habit of doing what the failing person doesn’t like to do.” – Thomas Edison

83 – “Experience can only be gained by doing not by thinking or dreaming.” – Byron Pulsifer

84 – “It is common sense to take a method and try it. If it fails, admit it frankly and try another. But above all, try something.” – Franklin D. Roosevelt

87 – “Your time is limited, so don’t waste it living someone else’s life.” – Steve Jobs

88 – “Whatever you can do, or dream you can, begin it.  Boldness has genius, power and magic in it.” – Johann Wolfgang von Goethe

89 – “If you hear a voice within you say “you cannot paint,” then by all means paint and that voice will be silenced.” – Vincent Van Gogh

90 – “The only person you are destined to become is the person you decide to be.” – Ralph Waldo Emerson

91 – “Everything you’ve ever wanted is on the other side of fear.” – George Addair

94 – “If you want to lift yourself up, lift up someone else.” – Booker T. Washington

97 – “Change your thoughts and you change your world.” – Norman Vincent Peale

Liked it? Pin it! 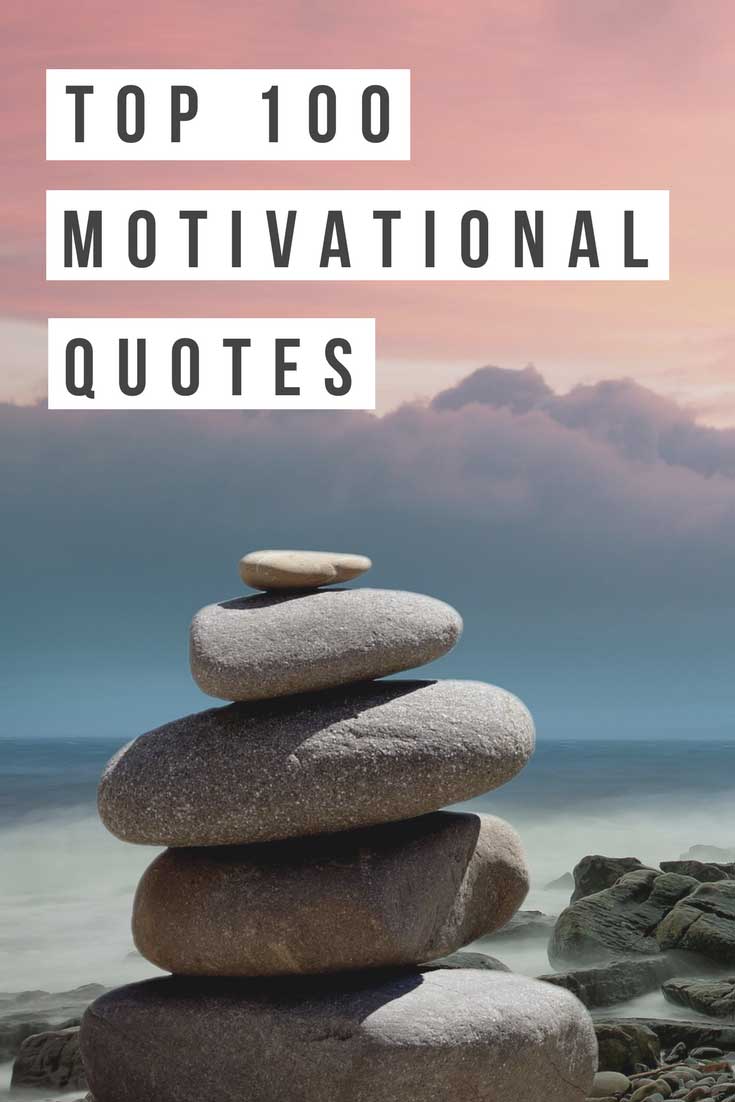 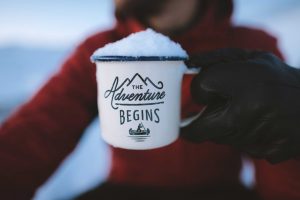 Top 100 Adventure Quotes of All Time 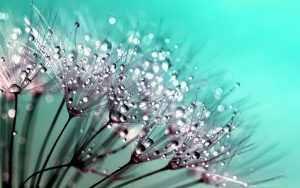 Read More »
PrevPreviousThings to Do in Chiang Mai: Your Ultimate List of Awesome Experiences
NextWhere to Stay in Bali: The Best Hotels and TownsNext