Do you want to create a travel vlog and engage with your audience, but you’re still not sure about the best vlogging camera for you? Luckily you’ve come to the right place! In this post I am going to review and suggest some of the best cameras for YouTube so you can make the right purchase and create your outstanding travel videos!

A guide to the best vlogging camera for YouTube

Vlogging is in. It’s the trend of the moment. And it’s growing immensely, too. Every day more and more online influencers create videos using YouTube or Facebook to engage with a huge audience. Cisco predicts that by 2020 the 80% of internet content will be videos.

So if you’ve been living with the dilemma of whether to start a vlog or not, this might be the best time to take action.

Now, with all the products out there, how can you choose a good vlogging camera to suit your needs? Let’s first analyse the most important features for a vlogging camera. 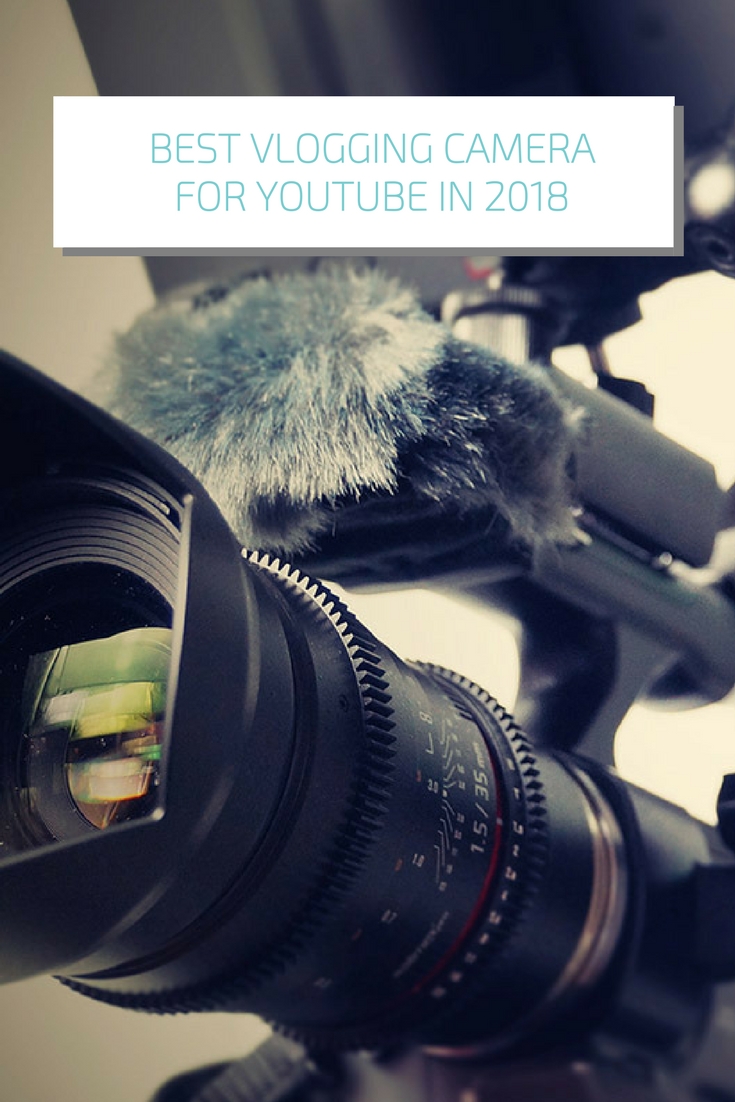 How to pick the best vlogging camera

There are some important characteristics that are worth considering when choosing the best camera for YouTube vlogging.

– Flip Screen
Having a flip screen will help you a lot when you are recording yourself. It’ll allow you to check the frame composition and how you look on the screen. It’s also useful for shooting at ground level so you can implement some clips with a different angle than usual. A screen that can flip up 180 is ideal for vlogging.

– Optical Image stabilization
Always choose a vlogging camera with great image stabilization. Shaky videos are horrible to watch. They are unprofessional and people can leave your channel after few seconds.

– Low light performance
Purchase a vlogging camera that has good capabilities when shooting in low light conditions. When you are indoors or shooting at night, you’ll always need a camera that can increase the ISO (the sensitivity to light) without producing too much noise (the grain in dark areas).

– Possibility to shoot in 4k
Today most cameras can shoot video at Full HD resolution, (1920 x 1080) which is good enough for creating vlogging videos, but if you want to create videos with higher quality, then choose a camera with 4k resolution.

– Wide-angle lens
A vlogging camera with a wide lens is ideal. I suggest 24mm lens or wider. Especially for travel vlogging, as this will help you to capture a larger background behind you. People will be able to have better understanding of your surroundings and they’ll get the impression that they’re there with you.

– Microphone input
I strongly suggest looking for a camera with a microphone port. Many cameras still don’t implement this, so you might need and an extra recorder or a USB microphone.

– Easy to use
The best vlogging camera should be also easy to use. You don’t want to spend hours and hours trying to set all the dials and buttons before shooting.

It all depends on what kind of videos you want to create. DSLR cameras can have excellent video quality, but they can be expensive and bulky. That’s not the best way to explore the world and get good footage while carrying heavy camera equipment.

A better option is a mirrorless camera. Lighter and cheaper but still with great video capabilities and the possibility of changing lenses. Many of them have fantastic ISO rendering and flip screens.

The compact cameras are light and versatile. Many of them already have excellent video capabilities. Unfortunately the majority of compact cameras don’t have a microphone input.

Action cameras are excellent for your adventures or extreme sports. They are also waterproof so you can use them while snorkelling.

You can also record videos with your smartphone and many vloggers use just that. Lots of the latest models of smartphone can record in 4k resolution, but the audio is not always good, so you’ll always need to record externally to achieve proper quality.

Do you wonder which vlogging camera is used among the most famous vloggers? Drum rolls… The Canon Powershot G7X Mark II is probably one of the best cameras for YouTube. The reason is simple. This camera has almost all of the essential features for creating vlogging videos.

Other features include manual control, autofocus, a fast aperture of 1.8 mm, and excellent performance in low-light conditions. Hold on, there’s more!

The Canon Powershot G7X Mark II has a touch screen that you can tilt 180° up and 45° down and one of the most important things for vlogging—optical image stabilization.

However, there are a couple of drawbacks with this camera. First is the absence of a microphone port, so you have to rely on the built-in mic, which is not that bad providing you aren’t shooting during a windy day.

The second con is a battery that lasts only 265 shots which is still 25% more than its predecessor the Powershot G7 X. Don’t forget to purchase an extra battery if you are shooting a lot, especially outdoors, with no ability to charge the batteries.

With all these features it’s easy to understand why the Canon Powershot G7X Mark II is the first choice for many successful YouTube vloggers. Honestly, among all cameras on the market, this is my personal pick.

A 24-72mm crystal-clear Leica DC lens with an aperture of f1.4-2.8 creates sharp images and videos with a lovely bokeh effect.

Unfortunately, when shooting at 4K, for some reason the frame is cropped. At the wide aperture it’s not 24mm anymore, but around 36mm. This could be a problem when vlogging because you need to move the camera further from your face. A tripod like a Gorillapod in this case will be helpful.

Nonetheless, the 4k recording is excellent and it doesn’t overheat the camera even up to 15 minutes of continuous shooting.

The 5 axis image stabilization is decent and the low light performance is better than the average compact cameras out there.

What I like about this camera is the flip screen, which is also a touch screen so you will be able to autofocus with the tap of your finger when having the camera in front of you. The autofocus is overall good, but sometimes might be lagging.

The camera charges the battery through a USB port. There is no included charger, so you should account for some extra expenses for a charger and extra batteries (recommended).

It doesn’t feature a mic port, only a built-in mic that is located on the front side.

Overall it’s a great 4k-vlogging camera that ticks off nearly all the boxes when looking for the best camera for YouTube recording.

Read more about photography and blogging

The Sony RX Mark 5 is one of the best compact cameras shooting 1080 and 4k. The best feature of this camera is the hybrid autofocus system. With a 315 focal-plane phase detection points, it’s excellent when switching between subjects.

The continuous autofocus is very accurate even when the subject is moving rapidly in unpredictable directions. The camera can lock in the focus as fast as 0.05 seconds.

The 20.1 MP 1” sensor has a fantastic slow motion capability HFR (High Frame Rate) that allows recording up to 960fps. Unfortunately, recording at 4K can last only 5 minutes at a time, otherwise the camera overheats.

The screen can rotate and flip up 180° and down approximately 45° which is ideal for a vlog camera. Sadly, this is not a touch screen.

The camera has a useful retractable viewfinder that features optics with ZEISS T* coating that reduces reflections. And a build-in DN filter.

The image stabilisation is not that great compared to the Canon G7 Mark II, and it is more expensive. It is also slow when starting up. It can take up to 10 seconds before the camera is operative and ready to record. These are some of the drawbacks that you should consider before buying this camera.

The Panasonic Lumix GH5 is probably one of the most complete cameras for vlogging. This is the favourite vlogging camera that popular YouTubers use, e.g. Casey Nestat and Mark Wiens.

This micro four-thirds camera is equipped with a powerful 20.3 MP sensor with no low pass filter. It’s compact and lightweight with a durable magnesium alloy body that can resist temperatures down to -10 degrees and is splashproof and dustproof.

The Panasonic Lumix GH5 can record videos at 4k 60p/50p up to 180fps for extreme slow motion. Paired with excellent in-body 5-axis image stabilization, it’s easy to understand why this camera is used by so many vloggers.

There is a 3-inch touch flip screen that can rotate 45 degrees up and down and flip out 180 degrees. Changing settings in the menu is super easy. The life of the battery is great and there is an extra slot for a second SD card.

One of the hitches of The Panasonic Lumix GH5 is the autofocus. There is no phase detection system for the AF, so it doesn’t focus very fast while a subject is moving. The manual focus is good though and can be adjusted with the touch screen.

Overall, this is an outstanding camera for YouTube vlogging. Check the latest price on Amazon.

If you are interested in purchasing a DSLR camera for vlogging, the Canon EOS 80D is an excellent choice.

This camera features an amazing autofocus system with 45 cross-type points with one of the best face tracking modes on the market. It can record at 1080p 30/60, but there is no 4k capability. It also has a time-lapse feature built in.

Unfortunately, there is no image stabilization built-in, so you should rely on the stabilizations of lenses and the use of tripods and monopods.

The camera comes with a flip out screen that is also a touch screen and has a long battery life.

In addition to all these great features there are also microphone and headphone jacks, so you can monitor the audio recording. This is definitely one of the best Canon vlog cameras on the market.

These are my suggestions for the best camera for YouTube videos. All cameras are first-class choices for vlogging.

They are not perfect, as they’re designed with the main purpose of taking great stills, but the technology and the manufacturers are getting there and hopefully we’ll get some positive surprises with the progress of vlogging cameras soon.

Now you’re ready to start your vlogging adventure and if you are consistent in the platform, you can, at some point, also monetize your channel with different methods, advertisement, youtube affiliate marketing, sales of products, courses, ebooks, you name it.

If you’ve enjoyed this article, or you want to add more tips on the best vlogging camera, please leave a comment below. We’ll be happy to hear about your personal choice! 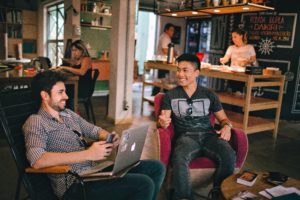 How COVID Made Working While Traveling Possible 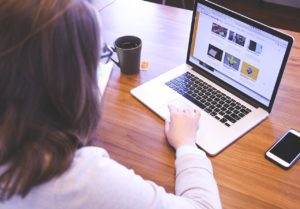 Travel Medical Insurance for Digital Nomads: Why You REALLY Need It 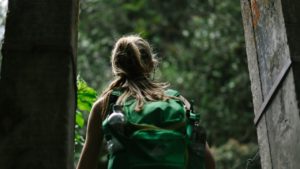 Read More »
PrevPreviousWhere to Stay in Tokyo: The Best Hotels and Neighborhoods
NextWhat to wear in Paris: The Ultimate GuideNext