My Son Sanctuary in Vietnam: Tips on How to Visit It

Home » Travel Blog » My Son Sanctuary in Vietnam: Tips on How to Visit It

In this article you’ll read about visiting My Son sanctuary in Vietnam with a bunch of tips on how to visit the place & get the most of it.

If you are interested to know where to stay near My Son Sanctuary, we recommend some of the best hotels for different budgets.

If you are looking for a place to stay in Vietnam, we recommend booking it through Booking.com, Hotelscombined or TripAdvisor, one of the best websites to compare prices. In case you prefer more local stays, consider to book a room or an apartment via AirBnB to book local apartments. Never used AirBnB before? You can have a $60 discount for your first booking through this link.

If you love animals and you prefer going local during your travels, try housesitting, which is an amazing way to travel the world while taking care of the pets whose owners are on vacation. If you use TrustedHousesitters with this link you’ll get 25% off on annual membership. 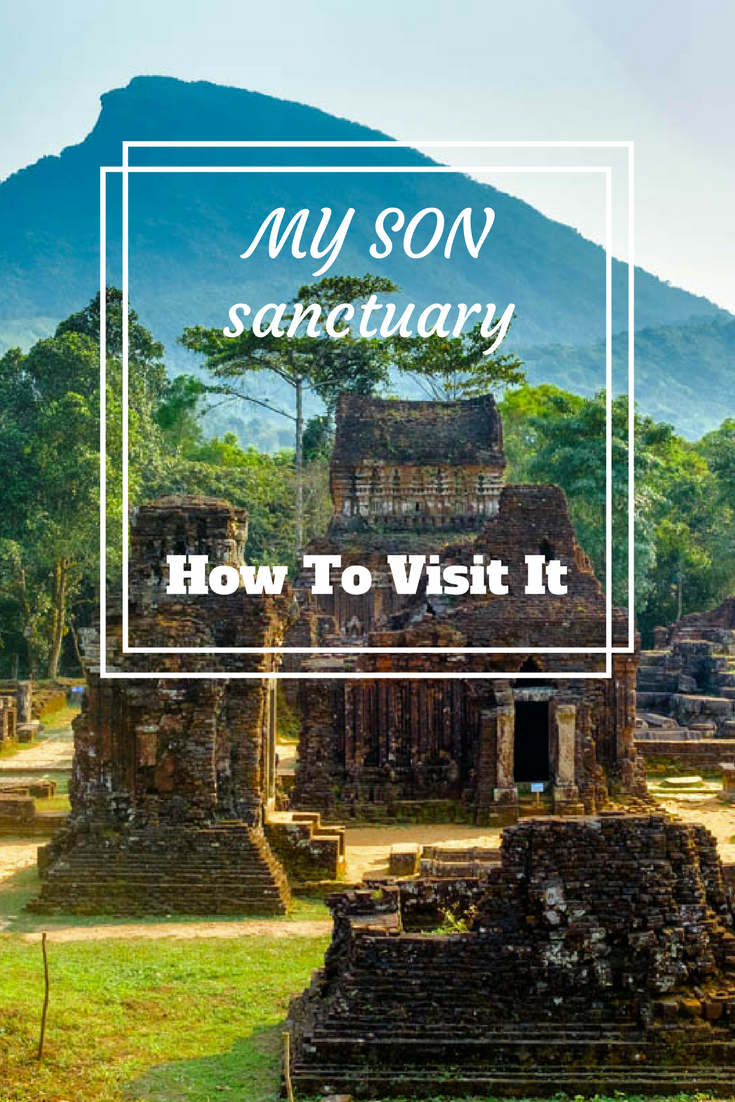 From Hoi An to My Son: the easiest and most comfortable way is to rent or hire a car that picks you up from Hoi An. We used the services from VM Travel. The driver picked us right from our guesthouse, waited for us for about three hours at My Son sanctuary, and afterwards brought us back to the town. No guide was included in the service. Although, you can book a My Son tour with the same company.

This was the second time that we hired a driver from VM Travel (We also used one for our trip from Hoi An to Hue), and we can absolutely recommend these guys. The cars are new and very clean, the drivers are responsible, and they know how to beat the madness during rush hour! Drinking water is also included in the price. Here you can make a reservation to rent a car in Vietnam with VM Travel.

If you’ve already rented a motorbike in Hue, Hanoi or Da Nang, it’s possible to get there by yourself. You can also simply book a tour, but this would mean you’d be limited by time and would be more dependent on your guide and other travellers.

• Visit the site in the afternoon, when all tours are gone, which is around 2pm. Your other option is to visit My Son early in the morning, right after they open the gate, but keep in mind that there are more and more tourists coming from Hoi An for sunrise guided tours.

• Make sure to enter the museum after you pass through the ticket office. You’ll find many wall posters explaining the history of My Son, which will help you especially if you plan to explore the site without a professional guide. (There are no English boards around the temples.)

Join one of the local tours in My Son:

• Use the free electric shuttle that will pick you up at the station located behind a bridge when you get out from the museum. The ride takes about 10 minutes and will take you through lush jungle all the while saving you a ton of energy if you visit My Son in hot weather. The shuttle leaves every 15 or 25 minutes, depending on the hour of the day.

It will drop you off close to the ruins, and from there it’s only a couple of minutes walking. If you decide to hire a guide, this is the place to look for them. One guided tour around My Son will cost you about 100,000 VND ($4.40 USD).

• You can find also some refreshment stalls near the entrance to the ruins, but at the time we arrived there (about 3pm) all of them were closed.
• Walk only through the marked paths and don’t detour into the lush forest by yourself, since there is still a de-mining process going on in the area of My Son.

Get inspired by more articles:

Tam Coc: A Day Trip From Hanoi, Vietnam
Things to Do and Best Hotels in Hue, Vietnam
Hoi An Motorbike Tour with Vespa Adventures
Where to go in Vietnam: Must-See Places for Your Vietnam Itinerary
How to Visit Halong Bay from Hanoi, Vietnam
Where to Stay in Ho Chi Minh City: Best Hotels and Neighborhoods
Mai Chau Valley: an Eco-Friendly Escape from Hanoi City

Rarely can you find us in museums or on history tours, but when there is a chance to explore ancient architectural ruins in the middle of forest, we never say no!

Even if more and more people know about the remains near the small town of Hoi An, the place is worth visiting, if you time your trip to My Son well.

Check out some of the great tours in My Son:

To be honest with you, the site of My Son might not astound you the same way as Ayutthaya in Thailand or the magnificent Angkor Wat complex in Cambodia would do. Yet, the ruins of My Son sanctuary in Vietnam are extraordinary for its mysterious vibes. (Again, only if you walk around with no or minimum number of visitors.)

My Son is a complex of Hindu temples that were constructed by the Champa kingdom, which ruled the Central and Southern part of Vietnam, from the 3rd century until 1832. After the Vietnamese defeated the kingdom, the temples were abandoned among the lush nature of Hon Quap (Cat’s Tooth Mountain) and the Thu Bon River.

Thank god for the explorers like Camille Paris, who rediscovered the My Son complex during his cartography expedition in Vietnam in 1889.

Later on, in 1903, Henri Parmentier, a French archeologist and his team began an excavation of the site that lasted eleven months. They documented the site of 71 rediscovered structures within two kilometres. They also managed to restore some of them, but unfortunately, the holy place full of secrets was bombarded during the Vietnam War in 1969 when American forces attacked Viet Cong that had made a base in the ancient ruins.

Structure that lasts for centuries: interesting facts about My Son sanctuary

The Chams were mainly Hindus, (only a few of them followed the teachings of Mahayan Buddhism) and you’ll be able to see their devotion to the god Shiva depicted on the temples symbolically as a linga or in human form.

The first temples of My Son were constructed with wood during the 4th century. After they were destroyed by fire, the kings of the Champa kingdom decided to build the next structures with red bricks.

The Cham people used the temples as a worship place, and also buried some of their kings there. Although the majority of the ruins were destroyed, and some statues of the gods are missing (you’ll see visible empty holes in the walls) there are still some impressive ancient decorations that survived the bombing: snakes, elephants, scenes of battles, and priests.

During the excavation, Henri Parmentier organised the complex of My Son into fourteen sections according to the alphabet. For better orientation, every temple has its own number within a group, for example A1, A2, B1, B2 etc. Currently, sections A – G are the easiest to access thanks to the walking paths.

The temples of My Son are very simple. The roof is very thick and much bigger than the foundation. The interior is simple and quite dark, since the places of worship had no windows. The darkness created the right conditions and helped shamans who entered the temples communicate with the deities.

What struck our attention the most, was the actual structure of the temples. If you look closer, you won’t see any mortar or anything visible that would hold the bricks together. You’ll also notice that some of the bricks are covered with moss, and some of them are red.

Now guess which ones are the original and which of them are new? Hint: Cham people knew the technique of firing bricks very well, and the proof of their brilliant skills is right there, on the walls old thousands of years old! So, while the new bricks from renovations started to change their colour, the original ones keep their red colour, even now!

Only 17 structures out of 71 survived the bombing, although Vietnamese and international teams have been doing conservation work on the site since 1975. Sadly, the floods from the nearby river and climate conditions such as high humidity jeopardize the ability to preserve the site.

My Son sanctuary is considered to be one of best examples of Hindu architecture in Southeast Asia, and no pictures or videos will give you the same impression as an actual walk through the area.

Check out some of the great tours in Hoi An:

We passed through the exit gate of the sanctuary shortly after 5pm, and found our driver with two other drivers in silence. They were inside their cars, some with doors open and legs stretched out of the cars.
Our sweaty t-shirts had dried while walking back to the parking lot and now we had only one challenge to cope with – understanding how the temples of My Son were built.

Sadly, the secrets and rituals of these Vietnamese temples will never be know. After their abandonment, we are left only to wonder of the stories of the Chams and their culture. So, don’t miss the chance! 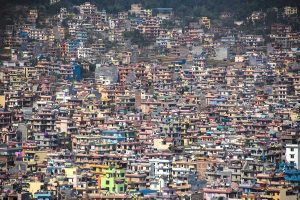 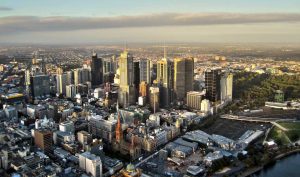 Read More »
PrevPreviousThings to Do in Taipei, Taiwan: Tips on Attractions, Food and Best Hotels
NextTam Coc: A Day Trip From Hanoi, VietnamNext

5 thoughts on “My Son Sanctuary in Vietnam: Tips on How to Visit It”